Showing posts from September, 2020
Show all 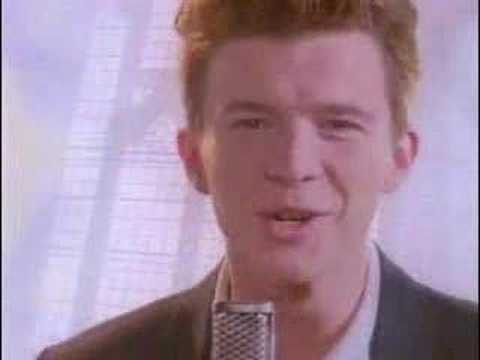 There are two types of people in this world. The ones who do the RickRolling, and the ones who get  RickRolled. If you don't know what a RickRoll is, I'll fill you in. No. It's not a roll.       RickRoll is an internet meme in which someone clicks on a hidden URL, expecting something else, and instead gets a video of Rick Astley singing "Never Going To Give You Up." This has been a hilarious internet meme for over a decade, and is especially popular among Gen-Z and even some Millennials. So back to me RickRolling my Zoom class. I got everything ready: I cued up the YouTube video, I even made a Bit.Ly   of the link so no one would know what it was. Then I put the link in the chat secretly, writing " To watch later- this cool history video I found." Then, at the end of class, I ACCIDENTALLY HIT PLAY! For real! So I quickly paused it, but no one seemed to have heard! This happened like 3 times- and each time no one seemed to have heard! So finally when the
Post a Comment
Read more

How To Turn Your iPad Into a Laptop 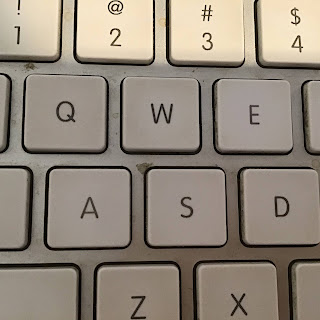 S o Apple just released the brand-new Magic Keyboard for the iPad Pro and iPad Air 4th generation ( see my thoughts on these iPads ) starting at 250$ for the 11-inch, and you’re probably either thinking “ Hell yeah! Take my money!”  Or  “Hell No! I could practically get another iPad for that price!”  So many of us have instead turned to a different brand, probably on Amazon. (Here’s a list of our favorite iPad touchpad+keyboard cases for under 100$) Even if you do get the Magic Keyboard, you might be thinking “ now what?”  So here’s the way to connect a bluetooth keyboard and mouse to any iPad running iOS 13.4 or later. ( If your keyboard isn’t bluetooth, there is a really simple way to connect it. You simply find the three small dots at the bottom of your iPad, and match them up with the three dots on the keyboard, whether it’s magnetic or a stand. )  First, you want to make sure that bluetooth is turned  on  on your iPad, and then you want to turn on your keyboard/mouse. When the n
Post a Comment
Read more

Read This Article Before You Buy That New iPad Pro 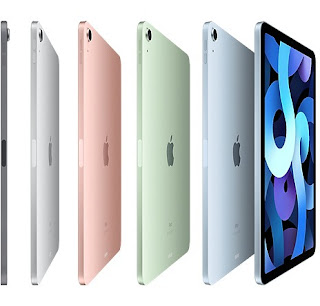 Image Credit:  https://www.apple.com/us-hed/shop/buy-ipad/ipad-air           For a few years now, the iPad Pro has dominated the seat as the most powerful iPad of the bunch, but after the September Apple Event, this may have been rethunk.  At the September 2020 Apple Event, Apple released the iPad Air 4th Generation, it looks very similar to the iPad Pro, but is it really the same product for $200 cheaper? Let's look in and see! With the never-before-seen A14 Chipset, this iPad is sure to run much quicker than the Mini or classic iPad, but do you really  think that Apple would release an iPad for 200$ less than the iPad Pro? It would practically put the Pro out of business! The iPad Air 4 (or as some call it, the 2020 iPad Air) is equipped with a 10.9 inch retina screen with a True Tone display, which means that the screen will adjust depending on the surrounding lighting, it's pretty cool. To sum it up, your Netflix will look like a movie theatre, but shrunk down to the size
Post a Comment
Read more